High Noon is a 2D FPS where you have to manage a group of bandits. Each time you kill a bandit, two will appear to avenge its comrade.

How many can you take?

Art, music and sounds by Sparklinlabs

Got 113, reminds me a lot of Wolfenstein.

Fun game, the perspective alone is enough to separate it from the rest of the crowd. The implementation of the theme was a little bland, but the game was just so charming and fun that It wasn't much of a downside.

It would have been nice if only enemies ahead of you should shoot, as often times I felt I was being kills by something I didn't know existed, which felt a little unfair.

Overall, Great game for only 48 Hours!

Psst, a little secret, the enemies behind you have the worst aim ever, they miss almost every shoot :)

Wow, not sure if I should be happy or disappointed in myself... :P

Hahaha, it's ok, they can still hit you sometimes!!

Nice game and graphics, reminded me of the wolfenstein 3d game. If you can play my game for a minute i would appreciate it very much. 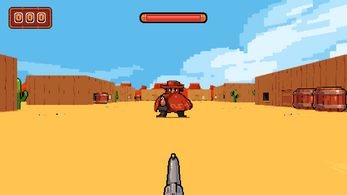 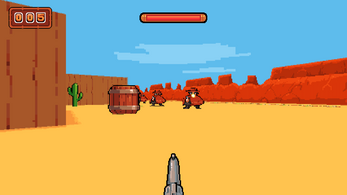 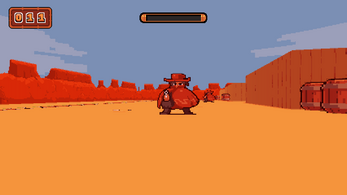